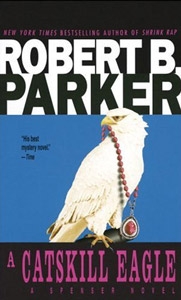 In the detective business, Spenser sometimes has to bend the law. Other times, to break it. But he lives by his own inviolate rules. And he loves just one woman -- even though she is the one woman he's just lost.

So when Susan's desperate letter arrives, Spenser doesn't think twice. His best friend, Hawk, faces a life sentence. And Susan has gotten herself into even bigger trouble. Now Spenser has to free them both . . . even if it means breaking his own rules to do it.